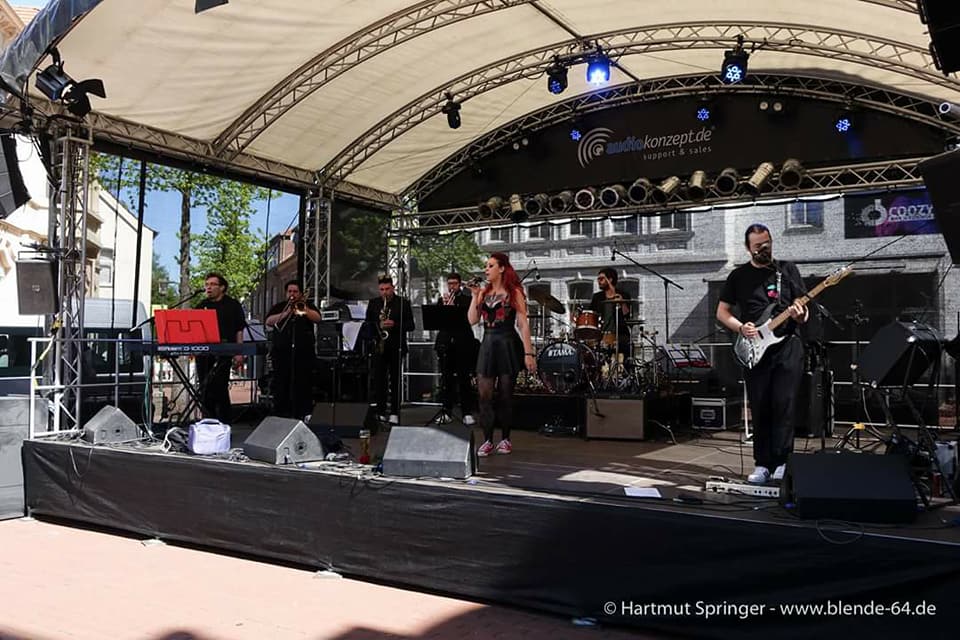 The venues for the first three editions of the Gronau jazz festival were the provisional workrooms of the former textile company van Delden and the Gronau city center with its pubs and squares. In 1992, they decided to abandon the previous “Jazz Factory” in favor of a tent solution, which served as a festival location until 2002. Since 2003, most of the major concerts have taken place in the newly built Bürgerhalle. The integration of the local pub and club scene is still part of the program.

The four festival makers initially operate as “Arbeitskreis Jazzfest”, later as a society under civil law, before the Jazzfest Gronau is formally transferred to the newly founded Kulturbüro Gronau GmbH in 2004. The programmatic spectrum has undergone a tremendous expansion since its founding and presents many stylistic varieties of jazz up to the present time.

The Jazzfest Gronau is currently financed to a large extent by local and regional sponsors and enjoys a constantly growing audience. The annual number of visitors fluctuates between 12,000 and 18,000 visitors including the open-air events. The proportion of foreign visitors is now around 65%.

As a unique feature and characteristic of the Jazzfest Gronau may apply the colorful and artistically valuable design of the respective festival posters, for which Andrè Liebscher was responsible from the beginning.

Search in the site